New images released from ‘The Day of The Doctor’ (Photos) 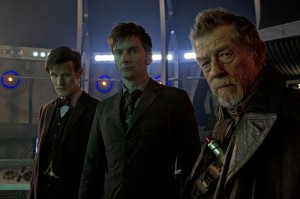 BBC America released new photos from the upcoming “Doctor Who” 50th anniversary special. “The Day of The Doctor” is one of the most highly anticipated television events of the year not only in America but also across the globe. Staring Matt Smith, David Tennant, John Hurt, Jenna Coleman and Billie Piper, the special will air on the exact 50th anniversary date of November 23, 2013.  (continue reading on Examiner.com) 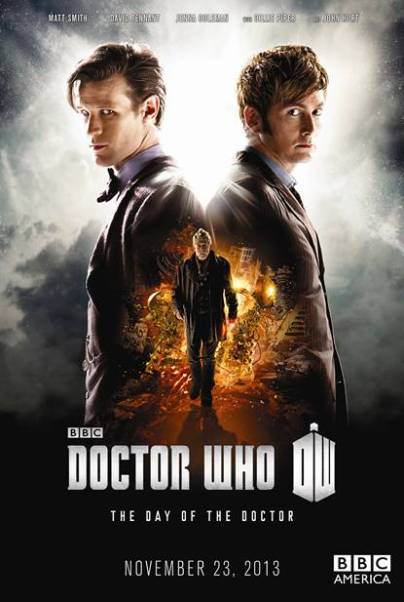 The Day of the Doctor, the Eleventh Doctor (Matt Smith), the Tenth Doctor (David Tennant) and John Hurt

Tuesday was an exciting day for “Doctor Who” fans.  Details of the upcoming 50th Anniversary Special were released including the title and the first promotional image.  On November 23, 2013, “The Day of The Doctor” will air around the world.  Staring Matt Smith, David Tennant, Jenna Louise Coleman, Billie Piper and John Hurt, the episode will be 75 minutes long and will be presented in 3D where available.  Steven Moffatt, lead writer and executive producer said “50 years has turned Doctor Who from a television show into a cultural landmark. Personally I can’t wait to see what it becomes after a hundred.”